Mirror Cup: Glimpse at Past Metas

Who is fairest of them all? In the Mirror Cup, you and your community get to decide! Any of the previous monthly themed cups are available to choose from. But lots has changed since! New Pokemon and movesets have been added, and some metas may look completely different than what we remember. Let’s pay them a visit and see what’s new! I've also rated each cup based on balance, accessibility, and change since they last appeared to help compare cups if you're deciding on a cup for your community.

What humble beginnings! Those who remember Boulder Cup probably remember the double Skarmory menace. That can no longer be a thing with the species clause, but Skarmory is still top bird with a heap of positive matchups. Countering Skarmory used to mean investing in Melmetal, finding a legacy Magneton, or opting for Steelix, but now Probopass and Magnezone are also within reach. Bastiodon is an option, too, but all of these alternatives will have a very hard time against Medicham and the mudbois.

Medicham was a big player before, and it didn’t even have Power-Up Punch back then. Now, Medicham is a wrecking ball that only has 3 losses in the 2-shield scenario: Torterra, Charm Gallade, and Charm Donphan. Charm is the only way to hard counter Medicham, and it’s a risky proposition with all the Steel types about, leaving these Pokemon vulnerable to being hard countered themselves.

Marshtomp and Whiscash were previous favorites in the Water/Ground category, with relatively solid matchups across the cup and acting as Skarmory’s bodyguard. Hydro Cannon Swampert takes over that role with insane damage and a generally even matchup with Skarmory itself. Some may still prefer Whiscash for its bulk and ability to threaten its Grass counters with Blizzard.

A bunch of new Confusion users are also looking to mix things up, including Bronzong, Gallade, and Jirachi. They are each well rounded in their own right and pick up some important matchups, including Torterra and Medicham. Gallade can provide additional Grass support (but will need backup to deal with Swampert) while Bronzong and Jirachi have an even Skarmory matchup and can deal with Grass better thanks to their Steel typing. With these newcomers, we can probably kiss Breloom goodbye, too.

Twilight Cup should look mostly familiar. There aren’t many big new players, but the old ones have some new tricks. During Twilight Cup, stat boosts were just becoming a thing and Silver Wind was all the rage. Now it’s joined by Acid Spray, which throws a curveball at the entire cup. Tentacruel can now bait shields, making it even more potent than before, and Alolan Muk is strongly positioned in the Dark/Poison category with hit and run tactics. Acid Spray could be devastating when paired with high damage moves like Razor Leaf or Charm. Acid Spray is also an option on Qwilfish, especially in the lead position, but some may prefer Sludge Wave to target Azumarill.

So many Twilight Cup rosters were hungry for a Fairy Fast Move, and now we have it! Togekiss stands out with coverage moves against Golbat, Venomoth, and Venusaur. Charm also shreds through the Twilight staple, Toxcroak (but watch out for Sludge Bomb). Granbull and Gardevoir are also on the table if you want to avoid Rock or Ice weaknesses, but come with their own drawbacks as well. Charm users could potentially be used in place of traditional Toxicroak counters like Golbat and Venomoth thanks to their strength against Dark types. Consider your team and coverages carefully!

Lastly, while Nidoqueen was more of a B-team option for those without Toxicroak, Earth Power gives it some more oomph this time around. It’s more capable of taking on Poison targets in shielded scenarios now, and Stone Edge continues to give it valuable coverage. Perhaps worth considering!

Tempest Cup is almost exactly as you remember it; Lanturn is zapping things up, Lapras is playing hide-and-seek with Abomasnow and Tropius, and Skarmory is shredding them into energy batteries. Classic Skarmory! Like in Boulder Cup, Hydro Cannon Swampert now gives the other mudbois a run for their money. Swampert can beat or tie the former frontrunners, Whiscash and Quagsire, and plays Skarmory much closer. When it comes down to it, Whiscash may still end up being preferred for the late-game Blizzard.

Not necessarily a matchup change, but now that many more people have access to Ice Shard Lapras, I’d anticipate seeing it much more than Sealeo in a revamped Tempest Cup.

The infamous BALL core is likely still intact (Bastiodon, Altaria, Lucario, Lapras), but some of the wild card picks are more up in the air. Blaziken, who can beat or go even with 3/4 of the core, now has access to Blaze Kick. Where before it had to be well positioned to reach even just one Charged Move, Blaziken can pump out more consistent damage and do some shield bait trickery if it’s brave. There are a variety of possible movesets; Blaze Kick and Blast Burn offer the most flexibility and power but get walled by Altaria. Brave Bird can do some neutral chunk damage, and Focus Blast still looks really good as a late game nuke against Lapras or Bastiodon.

One big problem with the Kingdom Cups of yore was the accessibility of some of its most powerful Pokemon. Bastiodon had people digging up fossils as well as Stardust from under their couch cushions. Probopass is now available as a genuine Bastiodon replacement. Before, teams could roll with Steelix, Bronzong, or other options but never quite fill that triceratops-shaped gap. Probopass is functionally nearly identical to Bastiodon and won’t send your Stardust funds back to the Cretacious.

Bronzong was an interesting pick with a unique set of matchups, but those matches were somewhat haphazard. Bronzong can now consistently beat Lapras in the 1-shield scenario with Psyshock spam. Its Altaria matchup stays close but positive with Psyshock, too. Psyshock also packs a greater punch than Heavy Slam against Lucario if you can land it. (Generally you just want to spam Confusion against Lucario, and there’s even a breakpoint you might be able to hit!)

Like open Great League, the Season 1 Regional meta could see a significant shift with the introduction of Charm. There's more to keep Medicham up at night and Sableye is sweating ghost sweats. How exactly Charm will impact the meta remains to be seen but it opens up an entire new coverage option that wasn't really present before. Wigglytuff and Clefable are the top Charm candidates, with Wigglytuff's unique resistance to Ghost and Clefable's Meteor Mash. In response, I think Skarmory's place will solidify and Altaria will fall out almost completely. If you didn't have it on your team previously, a Bastiodon or Probopass can also provide helpful anti-Charm support.

As Poison could potentially rise, Jirachi enters the fray as a top contendor with positive matchups across the field. There were quite a few Confusion options last time between Hypno and Gallade, and while Jirachi does slightly different things, I think it's definitely worth a look. Meanwhile, not everyone packed a Water/Ground Pokemon last time, but Swampert could draw some attention, too.

This section deserves more analysis, but the Regionals/open format is also one of the more challenging to unpack. We'll see how it shakes out!

If you think Vigoroth is the most dominant meta Pokemon we’ve ever seen, get ready for this. Charm Gardevoir has a 91% win rate in the 1-shield scenario and a 92% win rate in the 2-shield scenario. Its top counters start with a Battle Rating of 660. And after it’s done wiping the floor with your poor opponent, your pick of Dazzling Gleam or Shadow Ball will either force a shield, one-shot, or severely cripple whichever Pokemon comes in to face it. In case it bears repeating, Charm Gardevoir annihilates (almost) everything.

So what beats Gardevoir? Bronzong is your best bet with either Confusion or Feint Attack, followed by Metagross and Metang. Confusion Bronzong does the job while giving it much better matchups against Toxicroak and Lucario. With Feint Attack, you have the edge against Metagross and Metang, so there are some coverage decisions to be made. Dark/Poisons also play close or even with Gardevoir and can squeak out potential wins depending on IV’s, so it’s not all doom and gloom. Bite Drapion has the best matchup there and should beat Gardevoir through sheer bite force.

These Pokemon are in turn beaten by Dark-type staples like Umbreon and Alolan Raticate. Fighting Pokemon can carve out a spot on the roster against Gardevoir counters and Gardevoir counter-counters. Lucario emerges as a favorite over Toxicroak for its ability to go even with Bronzong and hardened resistances against Poison and Steel. Toxicroak can also still succeed but may have a much tougher time since the traditional Fighting-Dark-Psychic trio has broken down.

Where are all the other Nightmare players floating around? Hypno is still looking strong with Fire Punch and Shadow Ball giving it multiple super effective options against some of the threats above. Note that Gardevoir can take down Hypno through sheer Charm damage, and Hypno can neither Fire Punch + Shadow Ball or Shadow Ball + Shadow Ball without an energy advantage.

Xatu and Alolan Raichu are in a similar boat where they’re fairly well rounded but lose to much of the apparent new meta, such as Gardevoir, the Steel types, and Dark/Poisons. Taking on Lucario and its Shadow Ball is also risky business! Shiftry is also looking pretty shifty these days.

And lastly, what about Spiritomb? Charm is an obvious threat alongside all Dark types, so I think Spiritomb will have a much tougher time finding a roster spot. It could act as a scarecrow to force apart an otherwise strong pairing between Bronzong and Lucario. (Claydol is also looking on with hungry eyes).

Really not much different here! The only notable movepool addition here is Charm for Raichu, but it’s too frail, lacks same type attack bonus, and Charm doesn’t have any front and center targets. It’s business as usual with Forretress, Charizard, and Venusaur playing merry-go-round and Quagsire playing merry-go-ground. (I’m an Earthquake fan.)

There's a lot of love for this barrel of monkeys, but would you run it two months in a row? If you're just getting into the tournament scene, Jungle Cup could be a good place to start with an easy to learn meta and easily obtainable core Pokemon.

Are you a community leader trying to decide on which cup to pick? Here are a few tips or suggestions that can help: 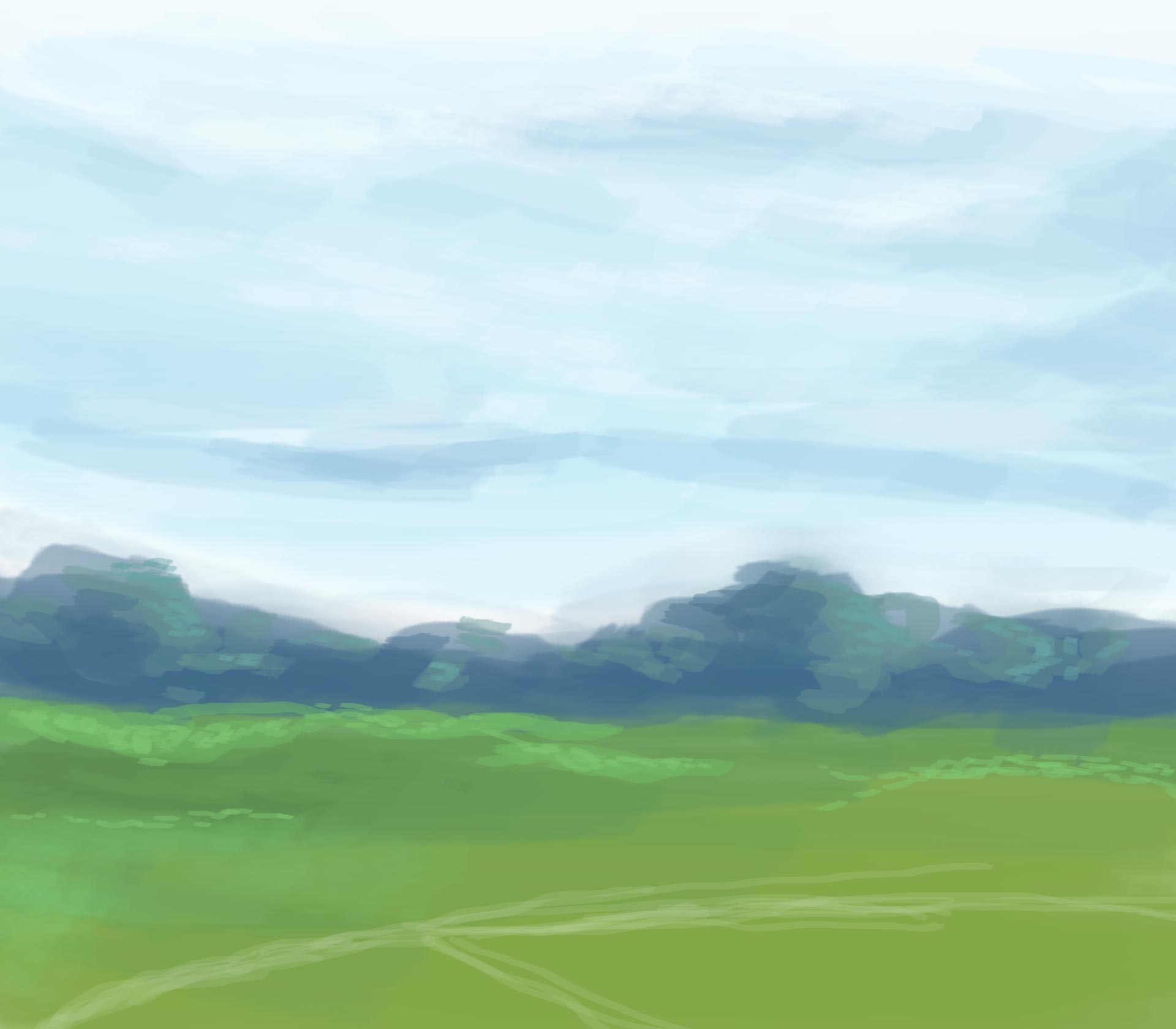