Cliffhanger is an exciting format where you have to build your team with a limited number of points! It was designed by the GO Stadium Discord, one of the largest communities for PvP discussion and remote tournaments, and has been updated with the previous movepool changes and Generation 5 Pokemon. Let’s dive into the format and how to build your Cliffhanger team!

Also be sure to check out the full rules in the updated announcement post! 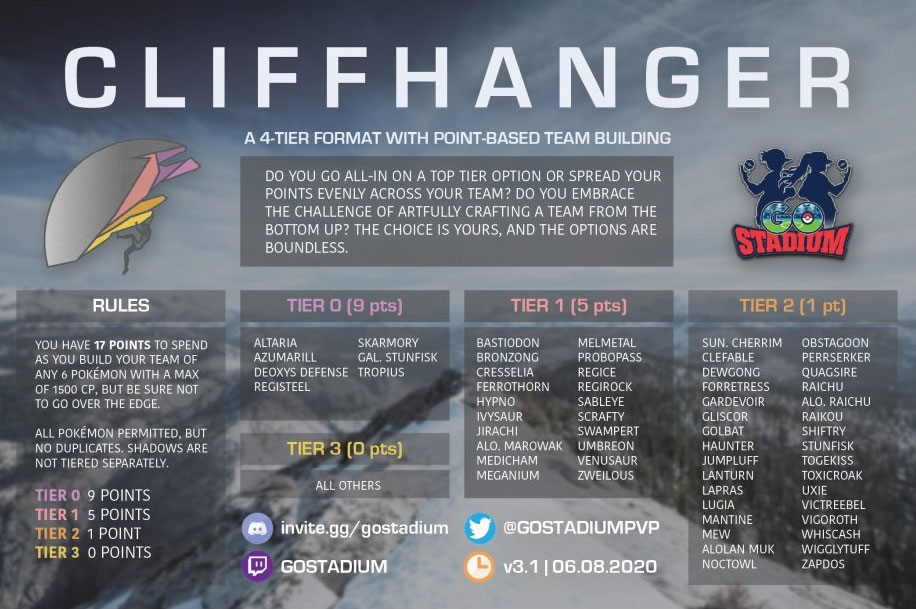 You have 17 points to build to your team! The graphic above shows which Pokemon belong to which tiers. The tiers are a team building challenge, so how can you rise to meet it?

There are several different team archetypes you can choose from. Some will allow you to pick that powerful T0 Pokemon while others give you broader choices from the lower tiers.

So you have a team archetype picked out or maybe you’re not even sure yet! Where do you begin with choosing the actual Pokemon on your team? One way to approach it is to think about your team in terms of slots. Your team has 6 slots and you need each one to fill a certain kind of role or coverage.

The infographic below highlights a few of the possible picks in different slots and the roles they play for your team: 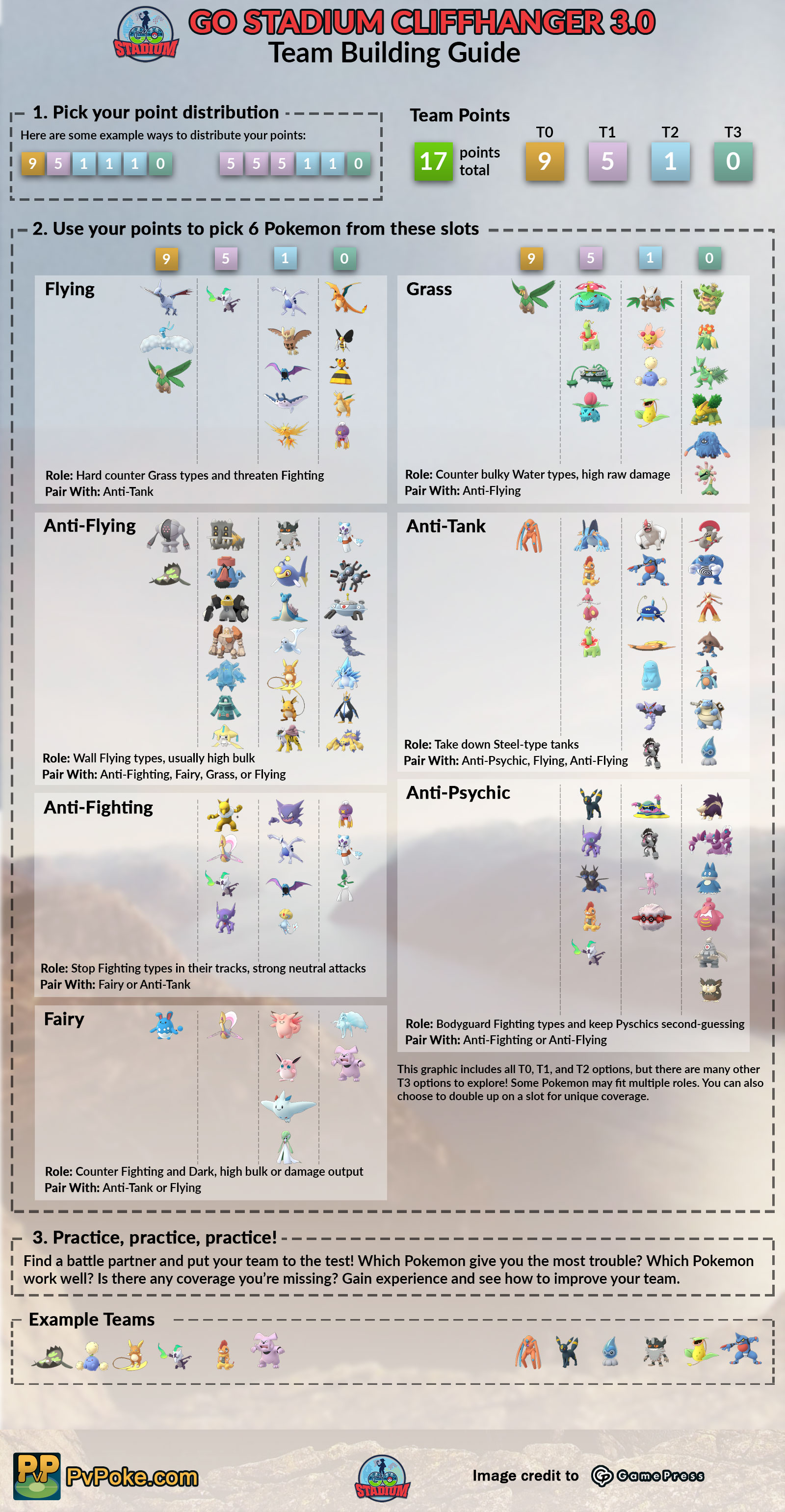 What’s the best way to start? Pick a Pokemon you really like, think about which Pokemon it loses to, and then pick a Pokemon that covers its weaknesses. Skarmory is countered by Steel-type tanks, for example, so Whiscash makes a great partner. Toxicroak evaporates against Confusion users, so it would appreciate a buddy like Sableye or Umbreon.

Here’s a team building example that walks through each pick:

This gives you a fairly well-rounded team, but even the example above has some gaps. Opposting Altaria could pose pose a problem. Team building is a game of give and take. See which picks work for you and experiment with different ways to build out your coverage!

Be sure to take advantage of the Team Builder tool, which can help you identify coverage problems for your team and find alternatives.

Once you have a team picked, find some friends to battle and put them to the test! Pay close attention and try to answer the following questions:

Your team might go through several iterations as you figure out which Pokemon work best for you. Don’t be afraid to change it up and try new things!